“It is incumbent upon every man of insight and understanding,” Bahá’u’lláh states, “to strive to translate that which hath been written into reality and action.”[1] To be a Bahá’í, to “live the life,” means to comprehend the Word of God and act on it, individually and collectively. It is to make the reality of one’s personal life and the pattern of society at large reflect the teachings. Bahá’u’lláh Himself affirms that “the object of every Revelation” is to “effect a transformation in the whole character of mankind, a transformation that shall manifest itself both outwardly and inwardly, that shall affect both its inner life and external conditions.” Otherwise, He observes, “the futility of God’s universal Manifestations would be apparent.”[2]

Collectively, we receive the gift of the Word of God, and through its application we are to raise the Kingdom of God on earth; that is, we are to gradually contribute to the building of a new social order that is shaped by the truths of the Revelation of Bahá’u’lláh. This statement appears simple, yet implicit in it is a challenge to reflect deeply about how we are to understand and behave. Achieving Bahá’u’lláh’s intended purpose for the human race requires new morals, new ways of generating knowledge, new ways of communicating, new ways of acting, and new institutions. How do we Bahá’ís, with our diverse, sometimes conflicting, understandings of Bahá’u’lláh’s teachings, collaborate to bring about the society that reflects His will? The answer will have to be found in learning, over time, to better understand the text and translate it into efficacious action consistent with its divine intent. 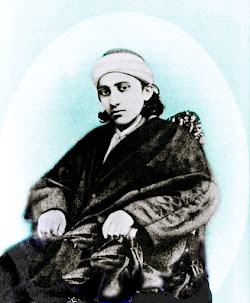 Baha’i Multimedia Resources - a conglomerate of 81 sites. As of January 1, 2022, a total of 23,600 documents have been uploaded to these sites, resulting in 4.4 million pageviews by visitors.